FAIRFAX – The Fairfax County Democrats have received calls from concerned and angered residents who are or once were patients of the Kaufman, Sampson and Wolfe Dermatology practice who received a letter from the practice soliciting support for Bryan Wolfe’s campaign for Sheriff, reported FCDC Chair Cesar del Aguila. “The patients were worried about a potential breach in privacy and unethical use of their patient information for use in political communications,” del Aguila said.

The letter sent on Kaufman, Sampson and Wolfe Dermatology letterhead and “Paid for and Authorized by Friends of Bryan Wolfe” was addressed “To Our Valued Patients” encouraging them to “please consider voting for my husband, Bryan Wolfe, on Tuesday, November 5th.” Dr. Kelly Wolfe, Bryan’s wife, and her father Dr. Joseph Kaufman, signed the letter. This release of information to a political campaign is not only an unethical breach of confidentiality but is also a potential violation of HIPAA regulations.

Under HIPAA rules, release of a patient’s information for marketing purposes is only permitted when the patient has provided written permission. The release of a patient’s private information, including their name, address and confirmation that they are indeed a patient of a certain practice is a serious breach of confidentiality and unethical. Patients’ records should only be released when the health of the patient is of concern.

“We have concerns about the ethical implications of Bryan Wolfe’s use of protected personal health-related information for the purpose of campaigning, and how this lapse in ethics might lead to further lapses should he be elected. There are enough public sources of information for use in political communications so there is no reason for a campaign to harvest private patient records,” continued Cesar del Aguila. 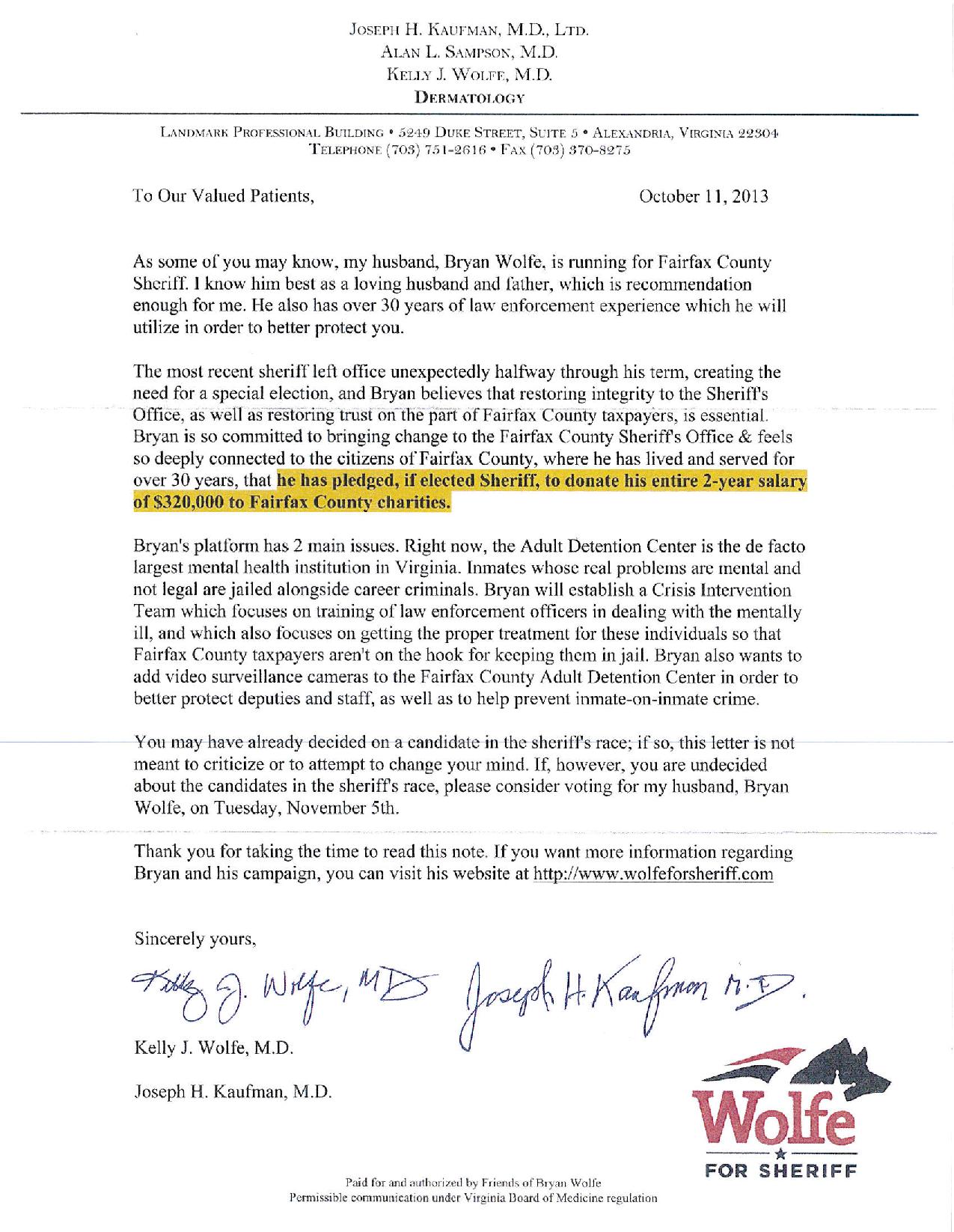