RALLY TO SAVE OUR HEALTHCARE, January 15th 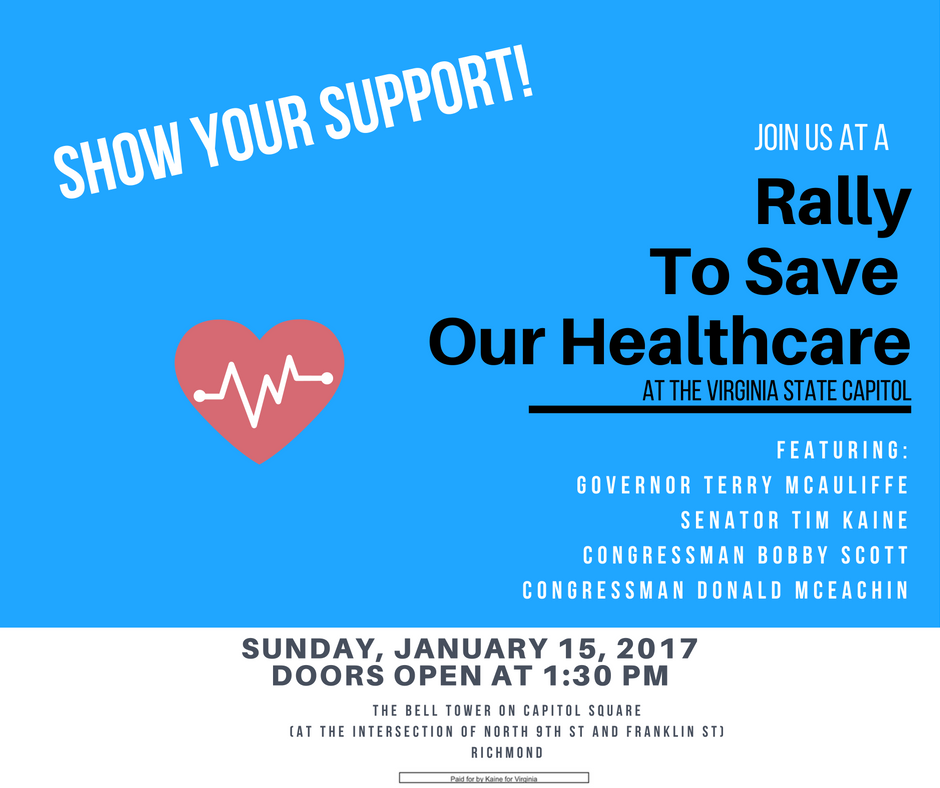 Join us at a Rally to Save our Healthcare!
Sunday, January 15th at the Virginia State Capitol (map)
at the Bell Tower on Capitol Square, 1:30pm
Click here to sign up or to find a ride to Richmond
Featuring:
Governor Terry McAuliffe
U.S. Senator Tim Kaine
Congressman Bobby Scott
Congressman Donald McEachin
Senator Tim Kaine, Governor Terry McAuliffe, Congressman Bobby Scott, and Congressman Don McEachin will gather with Virginians at the Capitol for a rally to save healthcare and oppose Republican efforts to repeal the Affordable Care Act (ACA). Repealing President Obama’s landmark law would strip healthcare away from tens of millions of Americans, cause healthcare costs to rise for Virginia families, and hurt the U.S. economy. Virginia’s rally is one of many happening around the country on January 15th in support of saving healthcare and protecting the ACA.